Even if you have no good reason to justify buying one, you have to admit that drones are cool. Some are glorified tech toys, but most models we highlight here are fit for use in imaging and cinematic applications small and large. If you think you can use a flying camera in your next project, there’s some good news—the tech has come a long way in a very short time. There are models on the market now that put earlier copters to shame in terms of video quality and stabilization.

And now the bad news. You get what you pay for, and if you want an aerial video platform that can capture stunning footage, you need to be ready to spend some cash. Because drones are such pricey propositions, it pays to do your research before buying one. We’ve tested many of the ready-to-fly models on the market to determine what’s important to look for, and the best models available.

The rules of the air vary from region to region—we’ve covered what to know for US and UK pilots. But, typically, if your drone weighs 8.8 ounces (250g) and up, you’ll need to register it in order to fly it outdoors legally—even over your own property.

There is one mass market exception, the DJI Mini line, now in its second generation. The original Mavic Mini and the updated Mini 2 weigh just 249g, skirting registration requirements in the US and UK, and opening them up to (legal) operation in other regions.

They skip a safety feature—obstacle avoidance—to make weight, though. But they include all of the other expected tools to help ensure a safe flight, including GPS stabilization, automated return-to-home, and automatic takeoff and landing.

Almost all of the models featured here have some safety features. Even the DJI Spark, which isn’t built for long-distance flight, includes a GPS and automatic return-to-home functionality. If your control signal is interrupted, or if the battery gets down too low (most drones can only fly for about 25 minutes on a single battery charge), you drone will start to head back to its takeoff point and land. 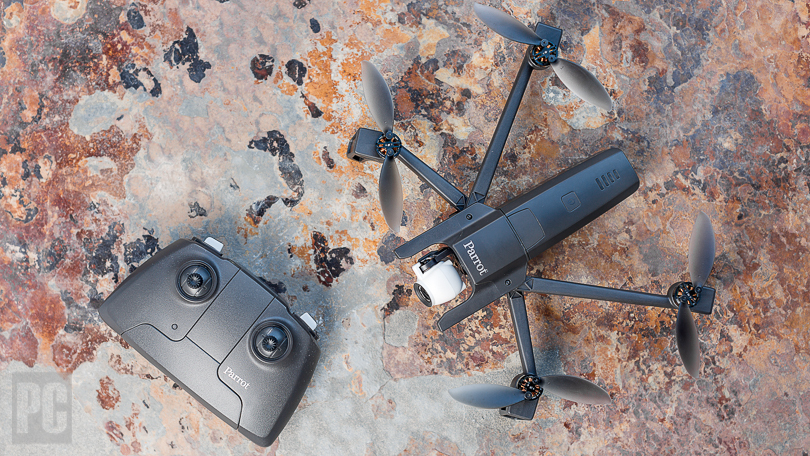 Flyaways still happen, and there are horror stories on various web discussion forums. Of course, negative experiences are amplified in this context, simply because uneventful flights that don’t result in a crash or missing drone aren’t hot topics for discussion.

If you’re flying within the United States, you need to take heed of FAA guidelines—or be prepared to face potential fines or jail time. There are no-fly zones set by the FAA, so don’t take off if you’re near an airport without notifying the control tower first. And, even if you’re out in the middle of nowhere, don’t take your drone above 400 feet. Most are set to obey these regulations out of the box, but controlling a quadcopter is just like driving a car—even if you missed seeing that speed limit sign, you’re still liable to pay the ticket.

The Best Racing and Toy Drones

There are a number of products on the market that are sold as drones, but don’t quite fit the bill. Remote-controlled aircraft have been around for ages. But with the recent surge in popularity, quadcopters that would simply be sold as RC products are now being tagged as drones. These don’t include GPS stabilization, return-to-home functionality, and other automated flight modes that make a drone a drone.

Drone racing enthusiasts often build their own aircraft from kits or parts. Some skill with a soldering iron and screwdriver is required, but it’s become an aspect of the hobby itself. DJI is hoping to change that with its FPV Combo, released earlier this year. It’s a ready-to-fly racer that works with a digital VR headset (included), and can fly as fast as 87mph.

What Are the Best Brands of Drones?

DJI models currently dominate our top picks, and there’s a good reason for that. The company is simply a few steps ahead of its competition right now, and has a product catalog with models at various price points, which take up a good number of the slots in our top ten. It made a huge splash with its iconic Phantom series, and now makes the best small drones we’ve tested in the form of the Mavic series.